I posted a video yesterday on my Facebook page where Ralph Nader offered a critical analysis of Obama’s State of the Union address.

The crux of Nader’s position is that Obama makes bold declamations but then does not follow through, specifically on financial and environmental issues.  He also criticized the speech for taking a hawkish tone with foreign policy that belies Obama’s own promise of a new way of doing things on the world stage.  Let me preface my own thoughts by saying that I have a love/hate relationship with Ralph. 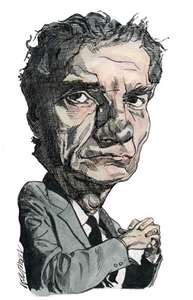 can recognize and admire him as a crusader who brought change to corporate obstinance and has benefited consumers immensely; he is smart and unafraid.  However, that being said, he can be his own worst enemy.  As a champion of environmental protection no one in modern history has perhaps done more to impede the progress of environmental standards that he did by drawing enough votes away from Al Gore in 2000 to make it possible for George Bush to steal the election.

As a result, instead of having a President who might have been the greatest supporter of environmental initiatives in history…we got the worst.  Nader does not care who or what he tears down if they walk along a different path, even if their destination is the same, and his nihilistic journey often creates more obstacles than solutions.  That being said, on top of that being said…I agreed with some of his points regarding Obama.

I, too, get rankled when the President bends too far to appease the right; he appears too political and not progressive enough to me. 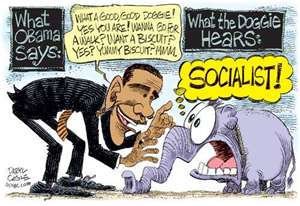 I understand the President’s (or his advisor’s) position to do so because the opposition has been so fierce with everything he does, and it stands to reason that he should try and make peace on some levels, (he will, after all, need some of their votes).  I also understand, with an opposing majority in the House, that many initiatives are stalled (Finance Reform), but I still don’t have to like the “political” posturing.

So I posted the video and started hearing from friends.  My liberal friends took the position that I often make in these blogs that Democrats “peck their own to death.”   Our natural inclination to critically analyze leads us to question ourselves and our leadership more openly.  One friend wrote: “The failure of the open, active mind is its penchant for reflection and self-criticism, which has long been a problem for people on the left generally, and Democrats specifically.”

In contrast my Republican friends jumped on the bandwagon to criticize the President, not only for what they disagree with but even positions that they should agree with, and while I considered their thoughts something became clear to me.  I looked back over other threads and political postings and I saw a consistent contrast between the Right and the Left.  Republicans, I concluded, rarely (I was going to say “never” but that wouldn’t be critically accurate) admit to mistakes.  They can attack one another for not being conservative enough, but in a historical context they view their legacy as flawless.  The most critical thing I’ve ever heard a Republican say about a past Republican president is, “Well, they’re not perfect.  Nobody is.”

How else can you explain their uniform acceptance of policies that never work and events that betray justice; Trickle down/supply side economics?  Iran/Contra?  No point in going back to Watergate, because the official Republican time line starts with Lincoln and skips 120 years all the way to Reagan.  For some reason even the greatest Republican in modern history (in my view), Dwight Eisenhower, is summarily dismissed as ineffectual, probably because of his progressive views toward…well, just about everything.  Ultimately, though, I have to tip my hat to that umbrella of ideology that makes its subscribers feel complete, worthy, patriotic and spun from Divine wool.

This morning I had a minor epiphany as I kept ruminating about the Nader thread.  I realized that I had posted the video for much the same reason that Obama now and again postures to appease conservatives; I wanted to show my “adversaries” how open-minded and fair I can be.  Well…I am consistent, but my posting did nothing to serve that purpose; it only brought vulnerability to my support for the President.

Perhaps, Democrats should take lessons from the Republican Handbook:

1) Never “diss” the party; past, present or future, 2) If you have nothing good to say about a Republican President, say nothing at all, 3) Find easy to remember policy platitudes (if you are presented with contradictory evidence, call it “socialist” and dial the Heritage Foundation Hotline immediately. Ask for Bozo the Fact Checking Clown and wait for further instructions) and finally, 4) Give generously to the “Put Ronald Reagan on Mount Rushmore Fund.”

We liberals (and Democrats as a party) do tend to peck ourselves to death and often stand in the way of our objectives by using the very process of thinking that makes us liberals; critical analysis and a mission to find truth with objectivity.  My take away from the Facebook thread, however, is that I stand firmly with my liberal friends –I support my President and will work tirelessly for his re-election.  He is head and shoulders the best person running for the job.

He may not be perfect…but who is?