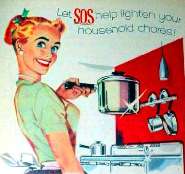 Only a couple of weeks ago the Rick Santorum campaign was as irrelevant as proper grammar at a Tea Party rally and now, lo and behold, he pulls off a rare hat-trick and catapults back into the race.

As I listened to a gloating Rick Santorum speak after his campaign-reviving trifecta, I heard him say that the central issue in America today is “government oppression that is taking away our freedoms.”

The crowd cheered and nodded, validating to one another that they have, in fact, had some freedoms taken away.

I’ve heard that before from Tea Partiers who protest an oppressive increase in middle class marginal tax rates…that haven’t actually increased…and from that other blistering cock fight called the Republican debates, but I’m never quite sure as to what freedoms they’re talking about. Unless, of course, they’re talking about the freedom to deny other people freedom; like the rights of gay Americans, or access to medicine for those who couldn’t afford healthcare, or perhaps they are talking about the freedom to blame the poor for not being rich.

Look…I plead guilty from that start that I support President Obama, I am a Democrat and I find Santorum to be sanctimonious with Holier than Thou rhetoric to condemn diversity, tolerance and, well, liberty….but that aside…I can admit that he looks sharp in a natty sweater vest…and I like him more than Newt Gingrich.

Be honest, if Phil Donahue had a brother who was kept in the basement for 60

years and finally escaped, you’d have to admit that it might be Newt.

Santorum even castigates Romney as a “Big Government” liberal in this “Who can be a crazier, far-right, lunatic than I am?” debate going on in the (once) Grand Old Party. Santorum (which I believe is the residue at the bottom of a fraternity hot tub) says that government is too big, corrupt and can’t do anything right.

Curiously, Santorum was one of the biggest earmark creating senators of all time, having 54 on one bill alone that resulted in nearly 125,000,000 dollars of (our) taxes toward special interests. But, hypocrisy seems to gain respect among the rank and file of the new Republican base and so he probably shouldn’t worry if, God forbid, the “liberal” press actually asked him about it.

All Republicans have built their platform on the premise that our Federal Government doesn’t work; that it is run ineptly and inefficiently and, therefore, it must be reduced and Santorum now stands front and center echoing the refrain. And so I ask…what is Santorum actually talking about specifically?

A fleeting glance will reveal that our government runs the most advanced and powerful military force on the planet.

Tilt your head just a bit and you can see that the Center for Disease Control is the template by which all disease research is measured.

The same is true of the Federal Aviation Administration and the National Aeronautics and Space Administration in the disciplines of aerospace engineering and research.

The EPA ensures that our water is safe to drink, and our air cleaner to breathe.

Social Security that has provided just that for senior citizens for decades (and is only financially vulnerable today because presidents have borrowed, stolen, really, against its success to fund their own agendas).

The Justice Department monitors the most consistently reasonable system in the world.

National Parks, anyone?  For my entire life I have enjoyed the experience of our National Parks as a vast resource of entertainment and education at an unparalleled level.

Time out.  I feel the need, in order to establish credibility with those who disagree with me, to add a disclaimer.  Of course, there are government programs that need to be overhauled, some reduced and some may need to go away.  The discussion across America, however, should not be to chastise or defend government, we should be asking, “What is our measure for success and how can government be more effective and efficient at meeting those goals?”

Personally, I don’t believe that the anti-government movement is actually about incompetence in Washington or a loss of liberties.  I believe that those who decry our federal government do so primarily because of –  taxes.  End of story.

They don’t like paying them and if we say “government doesn’t work” then we can reduce it and keep more money in our paychecks.  I understand that reasoning, but it’s not rational.  I basically give a quarter out of every dollar I make toward the running of this country and for its defense, and I feel like I’m getting a pretty good deal.

I’m investing in my future security and that of my children, and if some goes to fellow Americans who have not had the breaks I’ve had or the ability to create as I have, then I think that’s a good thing, too.

Mitt Romney, on the other hand, pays around 15 cents out of every dollar he brings home from a hard day of earning interest, and he joins Santorum and the other complainers.

The services, securities, programs and enforcements that we ask for, expect and require, add to our quality of life far more than the savings we would receive if we paid a

little less and likely wasted it anyway on Snuggies and Fushigi balls.

I’ve drifted from my original premise to question the “freedoms” Rick Santorum says have been taken away, but as I sit here looking out from my window, I don’t see the justification for frenzied panic that Santorum wants to instill in the electorate.  I see room for improvement, for change and for progress, but I am optimistic rather than “oppressed” because my freedoms are basically intact.

What I’d like to do is guarantee the freedoms I enjoy to gay people, immigrants and minorities, while extending those principles of justice and liberty to our foreign policy.  You know…kind of like what President Obama is doing.

When the argument starts from the premise that government is “run by incompetents” and “can’t run anything” then there is no discussion that can take place that will lead to better ideas to create better government-  even less government.

Thomas Jefferson said, “That government is best which governs the least, because its people discipline themselves.”

We can take from that a call for smaller government from no less than one of the preeminent author/philosophers of our Constitutional doctrine, but it is predicated on a premise that many overlook:  that people discipline themselves.

That is where the discussion should begin, no matter which one of The Gang Who Couldn’t Shoot Straight wins the Republican nomination.