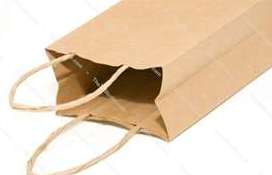 The assertion is often made that entitlements, which are, of course, taken from our taxes, “enable” poverty and that perpetuating circumstance is the goal of liberals.

To counteract this cycle, many people propose that we (tax payers) take a position to inspire the poor to better themselves, because taking responsibility for their plight and hard work is the lesson to be learned.

This premise was explained by a letter to the editor in my local paper:

“When I was growing up my parents taught me when I got up I had to make my bed, have breakfast and then there were morning chores. Then it was time to go to school where I learned the basics of reading, writing and arithmetic. I played sports….When we lost it made us work harder to be winners the next time….This brings me to the latest by the liberal left…Not only do they want to give the lazy handouts, now the liberals want us to take care of their children with health care.”

I hear this position all the time, and it’s misguided.  We don’t lessen the incidence of people falling into poverty or increase the likelihood of people rising above poverty by simply holding those afflicted more accountable.

Perhaps, it is best to understand poverty by putting it into a category which, unfortunately it fits; as a man-made disease.

In this context, society is the organism and our condition is our economic status.  “Normal” economic status can be defined as a comfortable ability to provide for ourselves while the inability to provide would be the abnormal or diseased condition.  But we stop a disease from spreading by changing the conditions brought about from the causes, not from chastising the afflicted.

To say that the poor simply need a pep talk and that their failure to find economic stability is overcome by “working harder” is not only ludicrous and insulting, it is naïve and destructive.

Poverty can lead to various degrees of illnesses, physical and mental, that then create even more dysfunctions, none of which go away simply because we say, “We won’t tolerate the illnesses that result from poverty!”   The conditions of poverty can manifest into depression and various forms of illness and perpetuate themselves.

No one chooses poverty; like an airborne virus, poverty chooses them.

Anywhere from 2000 to 3000 American children are born into poverty every day and many will not have the advantage of a functional family or educational opportunities to better their lives. They may learn to survive from the only window of society they are privy to; a world of more poverty and often crime.

How can we hold them to the same standard of accomplishment that the letter writer above uses as his motivational primer?  In fact the letter implies that those using entitlements are poor because they lack the character to achieve and they need to learn from their mistakes and “work harder next time to be a winner.”

There is only one direction to take toward reducing poverty and it isn’t realized from platitudes about personal accountability and hard work.  It is a communal effort to commit to better and more accessible education; to provide access to mental and physical health rehabilitation; to provide bridges of sustenance while those who are out of work can look for new opportunities.

It is about creating good community and government programs that are well funded to provide these services.

Yes, there will be those who scam the system, or who find a way to become “enabled” by our commitment, but they are very few when you look at the actual numbers and find less than 2% of those on Welfare abusing the system (http://spritzophrenia.wordpress.com/2011/01/04/how-bad-is-welfare-fraud-in-the-usa/).  Most go back into the tax base and prove that the programs essentially work.

The point is that the money we invest in welfare programs and various entitlements move us in the correct direction and are not teaching, as the letter professes, a lack of accountability and motivation.

And, consider that the money we spend is also economic stimulus as SNAP, for example, goes right back into liquidity.

I’ve heard my liberal friends rally to the cause of welfare programs and say it’s our duty as a fair and prosperous society to take care of those who are less fortunate, and while I agree I don’t find that inspirational. I say that it’s our “privilege” to care for one another and it is from that inspiration that I find a wealth of motivation.