Years ago I was struck by a line from Woody Allen’s “Crimes and Misdemeanors.”  The

film’s protagonist, Judah, imagines his family celebrating a Passover dinner as he contemplates (his real life) guilt after having his girlfriend killed.

He asks the table about the ethical consequences and his imagined aunt responds, “And I say if he can do it and get away with it, and he chooses not to be bothered by the ethics, then he’s home free.  Remember, history is written by the winners…if the Nazis had won, future generations would understand the story of World War II quite differently.”

“History is written by the winners.”  That line has been attributed to many people, including Winston Churchill, but the only reference I can point to with assurance is the Allen film.  American history has been written by the victorious, and this is where my journey into American Ethics may run afoul for some.

We have been taught from pre-school through graduation, from communion to our demise, about the honorable principles that founded and sustain America.  We are the “Land of the Free” and the “Home of the Brave.”  Our Constitution was forged from the Spirit of Independence and the Nobility of Human Rights.  Liberty and Freedom are granted by Providence as unalienable rights.

These platitudes are so engrained into our collective psyche that they are inseparable from our national identity.

Yet…slavery drove commerce on this land for 250 years… 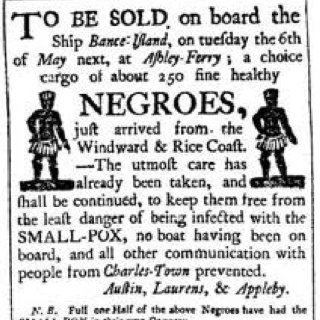 While the reality of human bondage is recognized in our story, it has essentially been forgiven as history records the victory of Emancipation.  Clearly we were not the “Land of Freedom” from the colonies through the Revolution and 100 years to follow (and systemic issues that continue), but slavery became part of the tale of our journey to fulfill our destiny; it is adopted and adapted to follow freedom’s storyline.

Another sinister reality was evidenced by the destruction of the people indigenous to this land and their exclusion from determining its fate.  It has been recorded instead with tales of American bravery and christened as our manifest destiny.

The fact that basic civil rights were not extended to women (half of the population) for another 50 years after the Civil War, or that extreme segregation policies, born from institutionalized racism, continued for even another 45 years, is astonishing, yet appear as merely bent branches on Lady Liberty’s family tree.

Our ethical shortcomings become rites of passage toward realizing our greatness, rather than hideous manifestations of the ugliest realities of humankind.

Worker’s hours, wages and conditions were exploited for 150 years after the Declaration of Independence, but are woven into the story as the substance of our awakening rather than serving as examples of our greed.

History is written by the winners.

The other day a couple of friends were at my house watching Bill Maher and we were discussing differences between Democrats and Republicans when another part of America’s legend surfaced.  A guest of Maher’s said (I’m paraphrasing):  “I love America because this is the land of opportunity.  Today, capitalism is being denounced as ‘stealing’ but it is capitalism and it’s reward for innovation that built America.”

Suddenly, it dawned on me that this is only as true, and as precarious, as our history of freedom.  America’s story of “innovation” was “written by the winners,” as well. 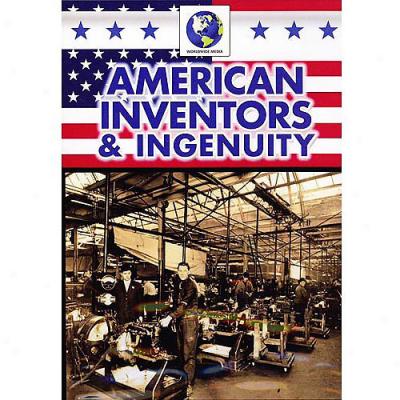 the light bulb, telephones, phonographs, lasers and the discovery of fusion.  The assembly line and mass production are as much a part of our story as liberty, but these, too, are histories of those who succeeded.

The myriad inventions, risks and gambles that failed, however, become lost into archival history and are not the narrative of our conscious one.  The thousands upon thousands of businesses that faltered or were destroyed by the ambitions of others are not part of how we understand our destiny.

There is cohesion, however, within our story, and it unites our history; our failures with our successes, our shortcomings with our vision, and it is not the inventor or the industrialist.  The American worker is the thread throughout the fabric of American innovation and industrial dominance.

America was built on the shoulders of ordinary folks, wanting to put food on the table, protect their families, and with a desire to leave a better world to their children.

This was the conclusion of my television gathering to define the difference between political ideologies.  Republicans are basing their ideas and their policies on the fictive account of the winners. Their economic policy is predicated on the idea that it was, in fact, the capitalist/industrialist that built America and, therefore, they need to be set free of restrictions (and tax burdens) and rewarded so that they will be incentivized to “innovate.”

Their social policies are based on the story of America where the battle for Freedom has already been won and so they assume that there are no discrepancies or lingering prejudices that would call for renewed or continued actions.

It’s a great story and one we would all prefer to believe – but it is also the apologue of our winners and does not tell the whole story. The complete story reveals prejudices,contradictions and inconsistencies in our saga.  The truth reveals that noble principles are not as rooted in our nature as we’d like to believe and we’ve had to be governed by our collective morality.

That’s the part of the story where Democrats look to create ideas and policy. Democrats yearn to tell the story of American greatness, as well, but by recognizing our mistakes, and not by believing a fable that does not question them.