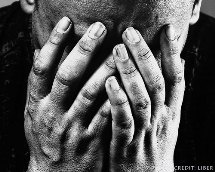 We seem to be a nation in mourning quite often these days. Is it because we have learned to be more sensitive? Or are we programmed now to experience more pain?

Or…could it be that we feel less pain nowadays and need the circumstances of mourning to feel again in a de-sensitized world?

When I was a boy our flag was flown at its finial position (full mast) almost all of the time. It was rare, very rare, that we would come to school and see it at half-mast.  When it was, America was unified in a collective concern.

It was half-staff when JFK was assassinated, Martin Luther King, Robert Kennedy, for the Apollo 1 astronauts who tragically burned on the launch pad, and on Memorial Day. I’m sure that it was on other occasions, as well, but it seemed reserved to an event with national implications.

I certainly understand the deep sorrow that comes from remembering the victims of 9/11, and why the murder of an American Ambassador will create a collective consciousness of sorrow…or the murder of 4 Marines at a Recruitment Center, or any service man or woman for that matter.  Or the death of the first man on the moon, of innocent school children and bystanders at a marathon, or an esteemed leader….but, if we are a nation that is constantly grieving, can we repair our strength?

That law has been expanded by almost every President for reasons that are obvious and also for a reason that I believe is suppressed in our new national consciousness.

One obvious reason is that we are aware of tragedies as never before and we are not going to pick and choose which ones deserve greater importance. But a more subconscious reason, and the one that I believe is chipping away at America’s health, is that we’ve become a nation that is programmed to grieve.

Perhaps, grieving makes us feel better about ourselves.  This is not a liberal conspiracy or a conservative one, this is evidenced by myriad television programs, help books, and encounter groups that perpetuate victimization by elevating tragedy. In our effort to be helpers, counselors, gurus and guides we have collectively created a greater need for those who need to be helped, counseled, guru’d and guided. 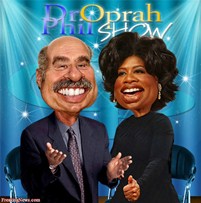 Before I go too far down what is a rabbit hole that considers social programs part and parcel with this phenomenon, let me make very clear that I believe our economic and social structure justifiably demands safety nets to help the poor and unemployed– however, we have created challenges to overcoming obstacles.

We may even be correct in our assumption of outside culpability, but the psychological fortitude to break a negative cycle may also be compromised. Pain distracts us, rather than direct us toward the root of a problem; we build defenses to keep the results away from us, but not the sources.

We build walls, literally and emotionally, to protect ourselves from even the possibility of anything that could challenge our well-being, but the result can be a magnetic attraction to pain and grief.

Years ago I observed that Sylvester Stallone surrounded himself with bodyguards and as a result everywhere he went he encountered a mob of people drawn to the idea of getting inside his circle.  More often than not, it attracted fights, which was, presumably, what he wanted to protect himself from.

In contrast, I once flew with Bob Hope who had NO ONE accompany him and

everywhere he went he was greeted by crowds that looked the same as Stallone’s, but treated him with adoration and respect.

I’ve always believed they both got attention exactly the way they wanted.

We create policies, out of fear, to alienate others who might permeate our ring of protection, but like self-help junkies, who always profess at the weekend “Build Your Confidence” seminars at the Holiday Inn that they are “feeling stronger every day,” these are façades to cope rather than solutions to move ahead.

It’s okay to hurt, it’s healthy to work through our grief individually and often collectively; we should treasure and respect the lives that have been lost…but let’s not measure our pride, or our personal resolve, on how ceremoniously, or how often, we mourn.