The father of modern philosophy, Rene Descartes (“I think, therefore, I am”) believed in “Innatism”; he believed the human mind is born already containing certain knowledge, specifically the difference between right and wrong, and at our core was an i

His theory was countered by the Empiricists, John Locke, in particular, who expanded on “Tabula Rasa”; the mind is a blank slate when born and it obtains knowledge only through experience, and therefore we essentially choose what we believe by the empirical evidence before us.

Locke, it should be noted, can be credited as the father of “Liberalism” in the American political context and he believed in the autonomy of the individual; that government is ruled by the consent of the governed; favoring civil liberties.

What is somewhat ironic is that his philosophy included a natural (innate) goodness in people and his political theories were founded on that premise.

I stand in the middle.  I believe in the innate goodness of people and also that genetic codes are handed down that inform us of certain dangers and safe havens.  Fight or Flight is encoded in our psyche at birth and so is the divine touch of our mother’s hands. From both we know at the moment of our arrival that we have some tools to navigate this world.  I also believe that most of what appears as instinctual knowledge is derived from our experiences.

Without a doubt, whether we have innate wisdom to judge right and wrong or not, we are inundated with reams of information designed to trigger our emotions and disposed toward moving us in one direction or another.  We often use our political affiliations to filter that noise and give us a path toward what to believe.

Information dissemination and propagation is used without restraint in advertising and politics; it sells products and it sells ideas.  And while we can never allow government to control media content, we also cannot let media content control government. It is a paradox to be sure.

How we research the information we are given is the relevant discipline and today “research” has been replaced by shortcuts  like “Google” (which has gone from a noun to a verb).

But, therein lies a problem:  While there may be numerous sites that present a particular position, that does not confirm that it is valid information.

The need to evaluate informational sources became clear to me recently when I read a result from a Gallup Poll.  I assumed that the conclusion drawn from the data must be accurate, but something kept bothering me about it.  It seemed too simple.

This was the Gallup Poll result: “Democrats are even more likely than Republicans (51% vs. 43%) to offer this criticism of the Democratic Party.”

Gallup then concluded that this is “clearly an expression of frustration with their (Democrats) party’s leadership.”

Maybe, that’s true…but, as I thought about it, I considered something else:  The high percentage of critical Democrats polled indicates that people who evaluate progress more critically are more likely to question even their own party’s initiatives.

The Gallup Poll did not ask a relevant question to the participants that would have calibrated this dilemma: “Are you critical by nature particularly when evaluating politics?”

Rather, the criteria was simply: “Are you a Democrat or Republican and what do you think of your party today?”

The fact that there could be consistent traits among people who join one party or another was not considered.

Now, let me stir the pot…a tendency to be more critical is more consistent with Democrats.

It never surprises me, on the other hand, when poll numbers are high among Republicans who favor their party’s positions because they rarely deviate from broad strokes that are easy to rally behind:  “Family values, smaller government, and lower taxes.” 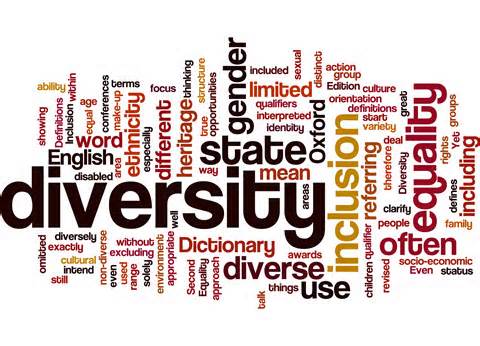 ’ve always contended that it’s harder to be a Democrat because when the political palette from which your core ideology is drawn contains all walks of life; financial, cultural, religious or gender, there are no blanket solutions.  Progress comes from constant evaluation and a willingness to adapt to changing circumstances or unexpected results.

The Democrat’s agenda is to look for solutions from actual experience and not just big, fat, platitudes to rally behind.  What are Democratic bumper stickers going to say, anyway?

“We want taxes that are commensurate with the operation of a fair and just society!”?

“Family values derived from the acceptance of cultural diversity!”?

Bumper stickers abound that say, “Support Our Troops,” and while I, of course, agree, what would make a nice liberal companion sticker?

“We Support Our Troops and That’s Why We Want Exit Strategies to End Wars and Better Benefits When They Come Home!”

Not as pithy, is it?

When Democrats fall short it’s when they posture as Republicans who rarely admit to failures.  Liberalism at the center of modern Democratic philosophy is based on experience and not an amorphous condition of values, innately stored by God in the back of our brain.  It is, rather, a critical evaluation of our frailties, our failures and even our successes, and it runs counter to the natural forces that nurture our fears (which, I believe, serve the core of conservatism).

This is where the argument between Tabula Rasa (which, by the way, is fun to sing to “La Cucuracha”) and Innatism can join, however, in order to create new and better ideas.  We need to have access to (and seek) accurate, empirical information that our innate measure of justice can process.  Even beyond the obvious protection of the First Amendment, the cornerstone of freedom, it is the most viable tool by which to make the necessary decisions as an electorate to maintain a just and fair society.

If we want this system of government to work and for the freedom it provides to remain strong, we must participate by doing the homework a Representative Democracy demands; check the facts and the data, keep the press honest, question not only the opposition, but our own conclusions, as well.

In the words of the great Irish orator, John Philpot Curran, “The condition upon which God hath given liberty to man is eternal vigilance.”