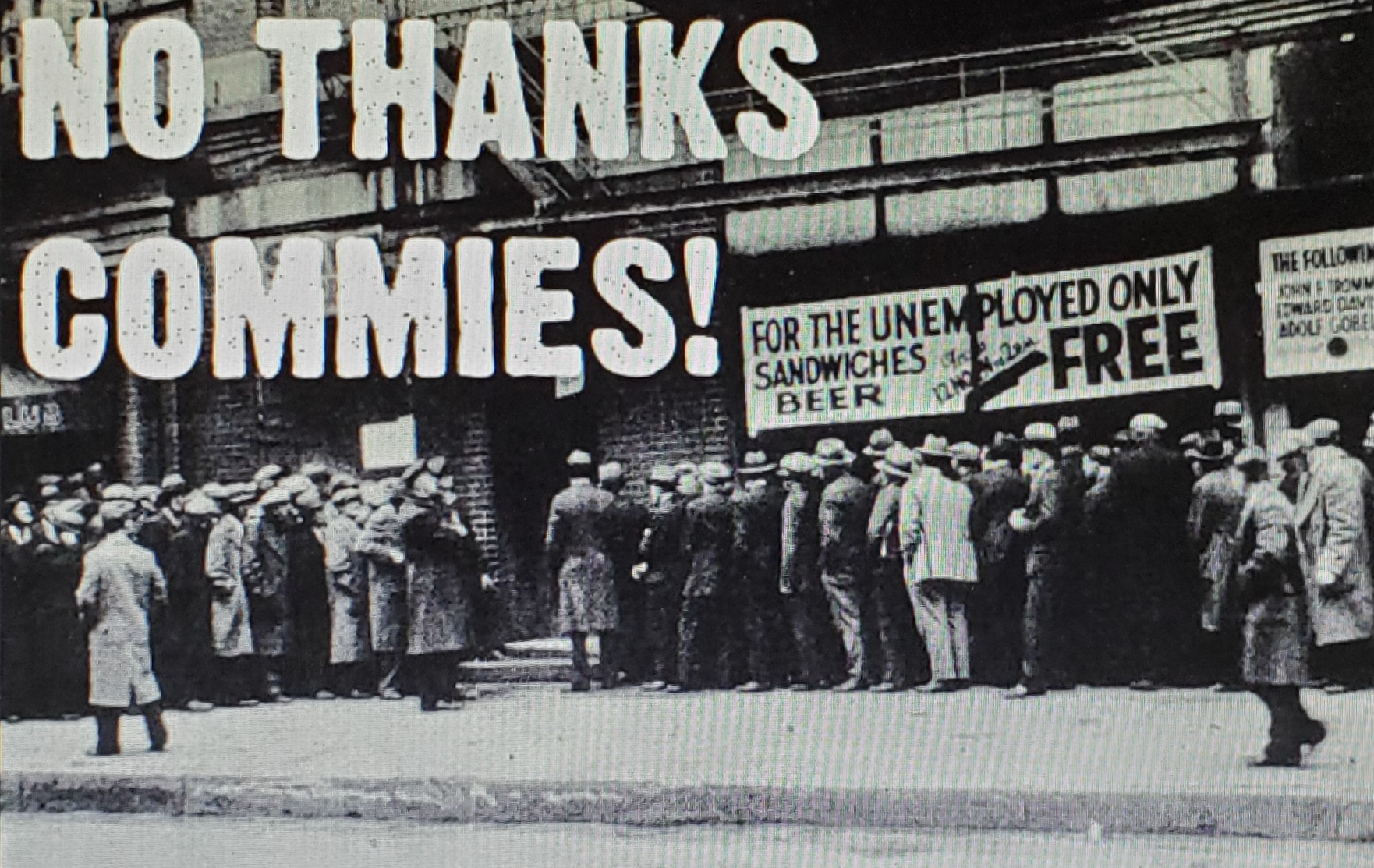 Since “socialism” and “social democracy” are going to be hot button topics for the next several months, it might be a good idea to calibrate some understanding. I have preached until I am blue in the face that many people think they are saying “communism” when they say “socialism” but that isn’t resonating. Even pundits and journalists have conflated meanings and so the point, I fear, is forever lost.

However, there may be inroads toward understanding with an attempt to define “social democracy.” Because social democracy already exists in America and it is part of what made America great.

We’ll put community services aside for now. Things like Fire and Police Departments and Public Utilities are so engrained into our community psyche that to point out they share socialist bandwidth is probably futile.

Even constitutional promises from the Preamble which “establish Justice, insure domestic Tranquility, provide for the common defense, promote the general Welfare” are almost the definition of social democracy, but, again, that seems to go nowhere.

Yet, we have had Social Democracy in America for a long time.

FDR’s “New Deal” is modern social democracy. Many New Deal administrations have been abolished for nearly 80 years, but served to repair a collapsed economy and a demoralized nation. In fact, we had a collapsed “Capitalist” economy when Keynesian theory, applied to the New Deal, came to the rescue.

Social democratic programs do not necessarily extend into perpetuity. They have designed obsolescence and when Congress functions and holds vigilance they dissolve into another aspect of social democracy: Fiscal Responsibility.

Here are some of the programs, several of which no longer exist, from the New Deal:

-The Civilian Conservation Corps and the Tennessee Valley Authority were created by FDR to combat unemployment. The CCC was responsible for building public works projects and created structures and trails in parks across the nation.

The Tennessee Valley Authority was established because that region was hit extremely hard by the Great Depression. The CCC was dissolved as the Depression ended, but the TVA is still the largest public provider of electricity in the United States.

-The Federal Housing Administration and the Home Owner’s Loan Corporation were established to reverse the housing crisis of the Great Depression. Unemployed workers combined with the banking crisis resulted in banks recalling loans and people lost their houses. The FHA regulated mortgages and still plays a major role in the financing of houses for Americans. The Home Owners’ Loan Corporation provided one million people with long-term, low-interest loans and saved their homes from foreclosure.

-The Public Works Administration and the Works Progress Administration provided economic stimulus and jobs during the Great Depression. Millions of jobs were created and roads, buildings, and other projects were built. Both ended in the early 1940’s.

-The Social Security Act of 1935 was designed to relieve widespread poverty among senior citizens and to aid the disabled. It continues to provide income to retired wage earners and the disabled who have paid into the program throughout their working lives. The program remains one of the most popular government programs ever and is funded by current wage earners and their employers.

Today, pure-market/unbridled-Capitalism advocates (like Trump) move to privatize Social Security. That’s great if you invest well and the market flourishes. If not…well, then I guess it sucks to be you. Regardless of where anyone stands on any of these programs, they were designed to help, support, rescue, and promote the viability and prosperity of Americans. And to inhibit malfeasance, exploitation and manipulation of market forces. Those safeguards, by the way, are how Capitalism becomes sustainable.

Social Democracy is a political, social and economic philosophy that supports economic and social interventions to promote justice within the framework of a democratic society and a capitalist economy. It involves citizen commitment to representative and participatory democracy, and measures to regulate the economy in the general interest; the “common welfare” from the Constitution.

The purpose of Social Democracy is to create the conditions for capitalism to lead to greater democratic outcomes. Its policies are aimed at curbing inequality, eliminating oppression of the underprivileged (attempting to eradicate poverty), and supporting public services (care for the elderly, child care, education, health care and workers).

Our Constitution laid the framework, Amendments have supported it, and curbing economic crisis has defined it.

Bernie Sanders has called himself a “Democratic Socialist” as opposed to a “Social Democrat.” He needs to explain how he views the difference. His rhetoric supports “social democracy,” even though his self-appointed label is different. This needs to be a conversation of values and priorities and not a platform for hyperbole and accusation (as what is coming from his critics and critics of Democrats and Liberals, in general).

NO genuine American wants us to slide into extreme socialism which IS “communism.” But, we have been on the spectrum of social justice, socially and economically from our founding. Having a conversation to reach a better understanding should not be a dangerous, finger pointing, political game of “Gotcha, you Red, Commie, Bastard!”

It should be a shared interest in educating ourselves…for the Common Good.