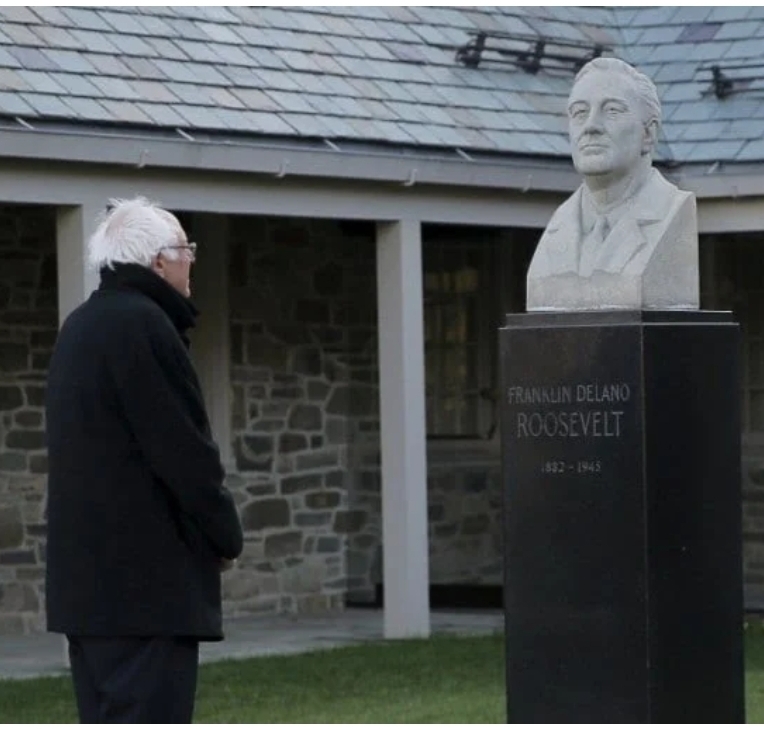 As Bernie Sanders shows strength toward the possibility of becoming the Democratic candidate, the issue of his association with “socialist” ideas will weigh more and more heavily within our political rhetoric.

Sanders identifies with Franklin Delano Roosevelt and the New Deal. Fair comparisons can be made with regard to how Sanders proposes to focus federal government on the welfare of working Americans and basic platforms for improving lives for the majority.

It is fair game, as well, to challenge the principles and motivations of any politician or political movement, including ones that history has exalted. It is easy to identify as an FDR Democrat, or a Reagan Republican, for that matter, and only consider the positive implications, but every movement and presidency is also flawed and riddled with contradictions.

Therefore, in my opinion, a fruitful endeavor would be to trace common themes found in political parties. For example, if I call myself a Kennedy Democrat (excusing his missteps) I am identifying with his New Frontier which was a sociopolitical paradigm that asked Americans to “ask not what what your country can do for you, ask what you can do for your country.”

It was a call to a younger generation to get involved, to be accountable, and also to take on the responsibility of caring for other Americans while holding value for our responsibility to the world. It was responsible efficiency toward realizing the New Deal.

Kennedy embraced Democratic Party ideals handed down by FDR and criticized the ethical direction of Republicans under Eisenhower. But Kennedy was not that different from Eisenhower in terms of fiscal responsibility.

To be an Eisenhower Republican was also to be a conservative progressive. Eisenhower coined “Modern Republicanism” to set into motion progressive programs that strengthened Social Security and supported New Deal programs such as the minimum wage and public housing. He expanded federal aid to education and built the Interstate Highway system. It was a plan of efficiency and Eisenhower supported a balanced budget over tax cuts to make it happen.

To say that Kennedy was much different would be disingenuous. Kennedy translated his vision into inspiration and that is where his legacy shines.

The modern history of progress and responsibility is not the sole domain of variations on FDR policy, however. Roosevelt borrowed heavily from another Roosevelt: Theodore.

Teddy Roosevelt was, in fact, a Republican until he created the Bull Moose Party to give rise to his own coined term: progressivism.

His agenda was social justice; safety and health standards, labor laws, a living wage and protection against the hazards of sickness and irregular employment. It was to regulate corporate America insofar as to protect the prosperity of the working class and to navigate us away from the inevitable trend toward corporate oligarchy.

Teddy Roosevelt also fought for the protection and enhancement of America’s natural resources. And his critics (like his 5th cousin Franklin’s) called him a socialist, even a communist.

Social”ism” is woven through our history by Democrats and Republicans alike. But you’ll never hear the word “socialist” directed at Ronald Reagan even though some of his policies, if advocated by a Democrat, would be viewed as “socialist.” At least according to the definition being bandied throughout 2020 rhetoric.

When the auto industry needed government intervention, Reagan said: “I have proposed an acceleration in the rate of government purchases of motor vehicles.” Not quite a government takeover, but it was a use of government beyond defense and infrastructure.

Reagan was willing to utilize government’s influence in order to help business. His administration bailed out Chrysler and the Continental Illinois National Bank and Trust Company, effectively controlling over 80 percent of the common stock. That is, to say the least, government expansion.

Yet that does not diminish the legacy of the man who started a movement by saying: “Government is not the solution to our problem, government is the problem.”

Like Kennedy, a legacy lies in the inspiration it creates.

So what does this mean?

It means that in order to see more clearly where we are going, we have to be more honest and reflective with regard to where we’ve been. Bernie Sanders (and this is not a specific endorsement, only an analysis) is no more a socialist leading us onto the proverbial “slippery slope” toward communism, than was FDR. Or his distant cousin ( a Republican) before him. Or Eisenhower who also cautioned Americans of oligarchic trends and a military industrial complex. Or of Kennedy who followed. Or…Ronald Reagan.

I am a self- described Kennedy Democrat. The son of an Eisenhower Republican who was previously an FDR Democrat. Who was, himself, not far removed from a Roosevelt-Bull Moose- Progressive-Republican.

We must get past labels in the present that restrict our understanding of the past. There can be no revolution of spirit or ideology, until we are truthful with ourselves. And that truth starts by admitting that much of what we believe is founded on tribal rhetoric without an understanding of what it is we actually believe.

I believe in life, liberty and the pursuit of happiness within a truly just society based on equality. Where justice is our preeminent value, administered with compassion for ALL. And where our government and its policies serve the common good of its people. Like what Bernie Sanders has believed his entire career.