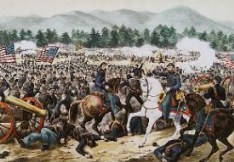 Let’s say you’re in school and your assignment is to write the most interesting, yet factual, account of the Battle of Gettysburg.

You are told that you can choose one of only two options as your source for information. ONE option is a college history professor who is a world renowned expert on the Civil War and the SECOND option is that you can talk to a bartender in Gettysburg.

Which do you choose?

The logical choice, of course, would be the expert on the Civil War. The professor has studied the war and knows the battles leading up to Gettysburg that would have determined strategies. They know the execution of those strategies and the results. But, there can be a sterility to that narrative that takes us farther from a more authentic reflection.

On the other hand….a bartender can be the local conservator of stories and information

often handed down from generation to generation. From those stories one might find a unique window to the area’s history; it could be information that is relevant and maybe even more truthful than what we can glean from history books or professors. Some of it is fable and mythology, but some of it could be a reality hidden from popular history.

One approach is more objective and the other is more subjective.

That’s how I also differentiate the left from the right in politics. The right side of the aisle is the more subjective view (the bartender), and that’s why it’s generally the populist perspective. It is satisfied with platitudes to connect a personal journey to a moral story.

On the left side is a perspective that only exists because of inequities in the system and therefore must, by its own design, evaluate things more analytically (the professor). Liberalism is the challenge to the forces of the status quo which are inclined to stay within the confines of what they already know.

Where the right and the left come to loggerheads is when critical thinking is laid sodden by repeated rhetoric and hyperbole designed to make the argument more emotional and less logical. This is where the free press plays a role in the balance of our discourse by holding our “facts” to the fire.

Without that clear commitment the line between objectivity and subjectivity becomes vague or even lost. 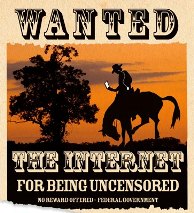 Erroneous, incomplete, or false statements find a life, particularly on the Internet, that echo as truth when they are not challenged.

The right wing uses distractions more effectively as it fits their general view more comfortably. Their platforms does not require verification; the fact that the bartender said it is enough. But that leaves the door open enough to spread hearsay.

The press served the purpose of quelling suspect or blatantly false information so that the public could make decisions with a fair analysis; using either critical or personal perspectives….or both. 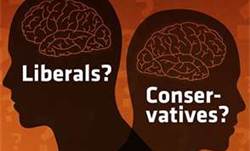 There is a context in which people think, and it contains a natural polarity. We have an analytical self and an emotional self, and my observation over many years is that our political divide is shaped the same way. They are not exclusive domains, rather they are the platforms from which we begin to make our decisions.

What has happened, however, is that media now fans the divide between us in order to keep stories alive and interesting (to generate revenue) which results in a blurring of our commonalities to a point that where we are no longer aware of them.

The Free Press, when our nation was founded, was expected to keep the discourse

honest; when “free” meant “the freedom to pursue the truth” without fear of suppression or censorship. Not what it has come to mean today which is “Free to say whatever you want” in order to sustain the drama of our conflicts.

“The liberty of the press is the great bulwark of the liberty of the people: It is, therefore, the incumbent Duty of those who are constituted the Guardians of the People’s Rights to defend and maintain it.” – Massachusetts House of Representatives, 1768

Whether it is upon subjective (the bartender) or objective (the professor) perspectives that we base our political ideology, it is essential that we hold our facts to the fire.

Oh, and I’m looking for a bartender in Gettysburg …does anyone have an address?