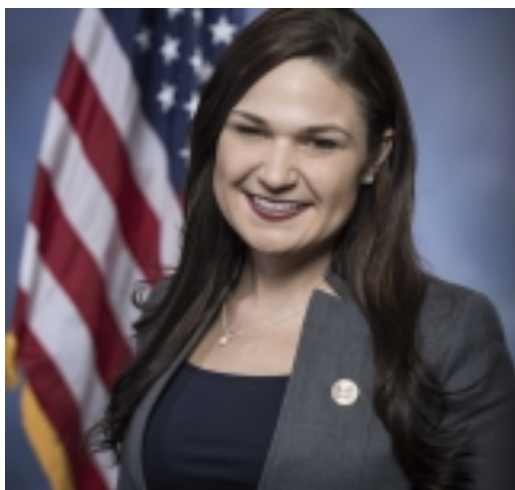 It is time to get behind Abby Finkenauer who is defending her Congressional seat in Iowa’s 1st District.  The race with her challenger, Ashley Hinson, is closer than it should be as a recent poll only separated them by one percentage point in favor of Finkenauer.

I will go on record to say that Ashley Hinson is a good person whom I have met several times in our shared interests in community service work.  I will even admit that I was surprised years ago to learn that she was a Republican and even more surprised to learn that she is a Trump supporting Republican.  Which, in my book, is not a Republican at all, but rather, someone who has surrendered critical thinking to populist nationalism.  Yet, I know her well enough to know that her principles are rooted in Republican economic tradition. However, that tradition is based on Reagan era theory that contends you can’t give enough help to those who don’t need it and that we’ve already given too much to those who do.

Okay, okay….I digress….Ashley Hinson is a serious candidate but she is not the person for this job.  Abby Finkenauer is.

Abby has been one of the brightest lights to shine as a freshman Representative on a gloomy District of Columbia.  She is incredibly intelligent, works hard, listens, and takes action.  The Republican Party attack on Finkenauer is that she is a rubber stamp for “Nancy Pelosi socialism.”  That alone should inform an informed voter that they don’t know what they are talking about.  It is nothing more than a smear tactic created by the least original, least clever, entity in politics- political consulting firms.  Pelosi is hated by Republicans because she has the intelligence, savvy, and guts to take on Republicans and Donald Trump.  It is the age-old political trick to tarnish a candidate by association.

It may be urban myth, but the story goes that Lyndon Johnson was worried about a close race and told his campaign manager to spread the story that his opponent engages in beastiality.  Johnson said, “I know no one will believe it, but let’s make the SOB deny it.”

That level of political gaming isn’t happening here, but it is the same old trickery of association.  What is important is the kind of Representative Finkenauer has been and what her beliefs are for the future.  She has opposed massive corporate giveaways to out of state companies, she fights to make health available and more affordable to Iowans, and has been vocal in supporting measures to make higher education more affordable to students.  Her platform supports working families, growing clean energy and vitalizing Iowa’s economy, and she has bipartisan credibility when it’s never been needed more, with regard to immigration reform, commitments to senior citizens and our military men and women.

You’ll find her bio, issues and ways to donate at: www.abbyfinkenauer.com