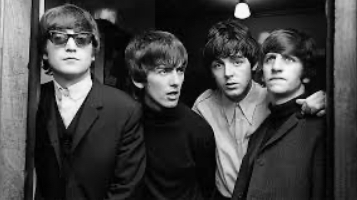 I was born into a love for The Beatles through my father’s love for the band. But over the years as I’ve come to refine my taste in music, I can proudly say that my love for this band isn’t just a hand me down from my dad. The beauty of the progression, the timelessness of songs, the power behind the words- they all still speak to me just as strongly if not stronger than when I barely knew how to speak.

With relevance to music, the Influence a band has on a genre or even the industry as a whole can be easily found from creators crediting inspiration but also through the sound of the music itself along with the effect said band or music had on society. This leads to immense room for interpretation, but I’ll try to keep on track rather than guess as to who might have taken inspiration from where.

There is evidence to suggest The Beatles changed the world and left their mark as perhaps the greatest band of their era. When it comes to how a band influences their fans, the music of their time, and the world as a whole- look no further than The Beatles.

As quoted by Rolling Stone magazine “The impact of the Beatles – not only on rock & roll but on all of Western culture – is simply incalculable … they proved that rock & roll could embrace a limitless variety of harmonies, structures, and sounds; virtually every rock experiment has some precedent on Beatles record.”

With praise such as that it’s no suprise that hugely successful artists like Bob Dylan, E.L.O., and somewhat lesser known, Oasis, took inspiration from the band. Even current artists such as Lady Gaga and Ed Sheeran are on record for taking great inspiration and liberties from the British Pop Sensations. Leading Sheeran to star in the recently made “Yesterday”, a modern love story about a world without The Beatles and only one man who can remember the magic.

A funny aside, Bob Dylan, as quoted in the magazine Ultimate Classic Rock’s article by Jeff Giles, is on record as having misheard the lyrics “I can’t hide…” from the song I Want To Hold Your Hand as “I get high…” which he brought up to John Lennon after introducing him to marijuana.

There is the argument that The Beatles legacy is forged by other artists who already did what The Beatles did, but The Beatles just did it on a bigger stage- like the kid in class who says your joke louder than you and gets all the credit.

Bill Martin put it best in his book Avant Rock:  “Detractors of The Beatles argue that the band is overrated and is too often credited for innovations by other acts that were first to achieve the style.”  However, even in that breakdown he goes on to say that those who make that argument just may not understand The Beatles as a force of synthesis and transmutation rather than as thieves.

In Martin’s words:  “What was original about the Beatles is that they synthesized and transmuted more or less everything, in a way that reflected their time and in a way that spoke to a great part of humanity and they did it very, very well”.

It’s not immensely intriguing, original, or productive to list reasons and proof of The Beatles success in the music industry and their effects on it as whole, so I’ll move towards how people’s lives were changed by them. The Beatles were so popular in their day and with their fans even before they made it to the US that they coined the term Beatlemania.

Fans were so obsessed with their look, their sound, their attitude that en mass they would throw themselves forward screaming at pitches that drowned out the music which led to people fainting or even getting so excited they peed themselves as recorded by Peter Doggett in his book Electric Shock: From the Gramophone to the iPhone.

Beatle music has helped shape my life, and the lives of many others. I’m not trying to force it onto anyone, people have their own preferences, likes and dislikes, and you very well might have tried to give this old band a chance and decided it’s not your style. I’m hoping some “non-believers” can acknowledge their relevance and influence across generations.

Whether it’s the influence the band had in their time or ours, it’s hard to deny their presence in the industry and in the hearts of fans.  So, for the sake of thousands of girls who blew their voices out screaming, for the vinyl that will outlive us all, give them another listen.