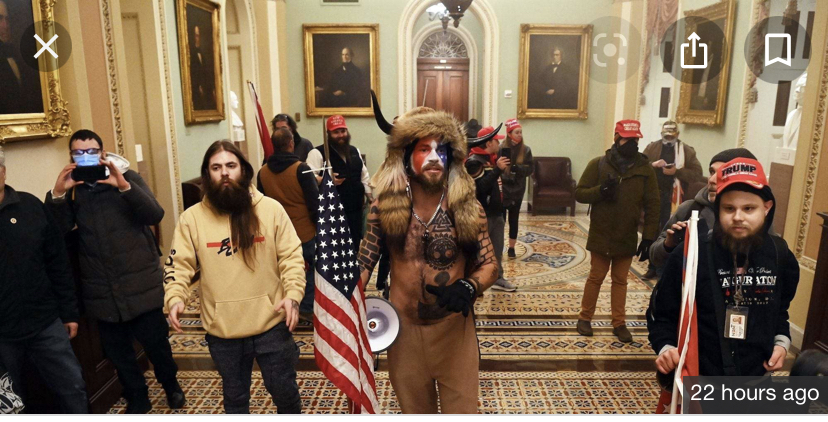 We’ve been through a lot lately, haven’t we? Unfortunately, it has all been the inevitable result of having taken our eyes off the community ball for decades. Once we started dismantling the purpose of representative democracy rather than improving it, the functions of government and networks of community support began to unravel.  And that’s when mistrust becomes so high that conspiracy theories run rampant and lies appear as plausible as truth. Without a central unifying belief in the inalienable content of our constitution and it’s construction of government, we cease to follow the course it created to unite us.  And we are, instead, set adrift in disparate vessels.

Today we live within a “new normal” particularly in politics that accepts foul behavior, dishonesty, and divisive rhetoric, and that bar keeps moving lower. I once wrote about the awe I felt as a boy on the steps of the Capitol building. I never thought in a million years I’d see a guy on them with horns, a fur collar and cape surrounded by pistol carrying rioters ostensibly willing to use them on other Americans.

Yes, we were all shocked, left and right, and we have all stated we cannot let that happen again, but how do we avoid it if we don’t change? Immediately after that reprehensible storming of the seat of our government, rightwing posts declared those were dressed-up Democrats. Trump even absolved criminality by saying, “These are the things that happen when a landslide victory is stripped away from great patriots.” It was a story that he, himself, fabricated to steal an election his ego would not allow him to lose.

Was the Capitol riot really a surprise?  In a country where a man takes a gun into a pizza shop to free children Hillary Clinton had kidnapped because he heard that on InfoWars, can we be surprised when an angry mob, at their leader’s cry “You will never take back our country with weakness!” then storms the Capitol?  All that was missing was “Charge!”

Our disconnect is not just left versus right, but within our own subsets.  No one here will be surprised that I identify as a Democrat, but do you know who doesn’t think I’m a progressive one?  Progressives.  Within the Democratic Party is an often-vitriolic split and I’m called a centrist. Centrism, however, is not an ideology at all, but only a strategy.  My views are as progressive as any, but I’ve witnessed that cooperation get things done.  Not cooperation with traitorous, treasonous, or terrorist demands as what culminated two days ago, but within the framework of our Republic. The one that’s been trodden with steel-toed boots.

Those separation of powers are what protect us from tyranny, and they bind us with compromises. “Com-Promise.” It means “together- a consent to arbitration.” That is how our government was designed; with opposition at its center from which persuasion, not by force, but rather by inspiration and enlightenment, leads to a greater good. And unless we raise the bar again, to what the consensus of our founders created, we are doomed to repeat what happened on January 6th.  Until such a time when that “for which we stand” will no longer have a place to stand.