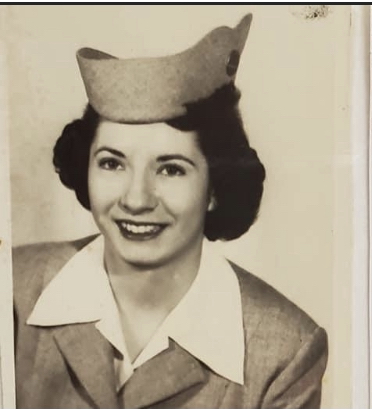 I’ve celebrated my mother in this column before. At least once on Mother’s Day and on her 90th birthday (almost 5 years ago). I realize not every child has the same experience with their mother as I did, but I was lucky. Never once did I have a contentious relationship with my parents.

Over the course of my life, I’ve known people who’vehad difficult relationships with one parent or the other.Some go years without speaking.  I, on the other hand, was the proverbial “momma’s boy” from the day I was born to the day my mother passed away.  That was 3 weeks ago, and the loss will be felt for the rest of my days.

Not from lingering regrets. I said “I love you” every dayand was a proudly dutiful son.  But there is a diminishedhue to the sunrise.  At 65 I’m now an orphan.

Some readers will know what I’m talking about. We are still someone’s child so long as a parent is around.

As my mother’s health declined, we knew that days were precious and that every holiday could be the last. Yet, when that moment comes and you can no longer call upon the person you’ve trusted and loved the longest, it feels as if time stops and the world reels into reverse.

My oldest brother and I sat among boxes of our mother’s belongings.  I opened one filled with journals she’d written over decades about the meaning she found in life, of dealing with her father who drank too much, and of her insecurities as an impoverished schoolgirl who never felt pretty.

One journal, from a few years ago, had a heading that read: “What have I done this year for the cause of world peace and justice?”

She listed marches she went on (and planned to go on), causes she supported with time or donations, books she’d read, lectures she attended, booths she staffed to spread the Gospel of love and understanding. And letters she’d written to Congress and to this paper.

I thought to myself: “Who does that?  Who actually keeps a record to make sure they are on task to improve the world?”

The last line read: “I can do more” and she listed events coming up where she could help that year.  Habitat For Humanity and PrideFest were underlined.

Her religion was the religion of good faith, and moral stewardship.  She was a Unitarian/Universalist her entire adult life because she found fellowship with people ofdiffering beliefs who were bound by principles to make the world a better place.

Her dedication was to the service of others and never for herself.  In her mind she would always be that humble little girl from poverty who didn’t think she was pretty. And she channeled that into being an unselfish champion for the marginalized and the underprivileged.

This column is about more than my mother, however. It is about taking action and holding ourselves accountable.  As she did so eloquently.

It is about asking: What have I done to help the cause of world peace and justice?

Oh, and Mom- you were beautiful.